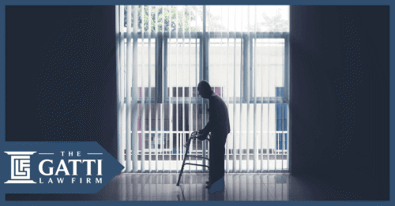 While not everyone thinks about the abuse that occurs in nursing homes, this is a prominent issue that happens far more often than it ever should. As a result, countless individuals suffer harm because of negligent staff members and problems within the nursing home system.

For many families, recognizing some of the statistics regarding nursing home abuse can be helpful in the decisions you make regarding your elderly loved one. Here are some of the things you should know and the potential problems that may exist for the elderly.

The statistics are alarming and go to show the serious nature of nursing home abuse. As such, The Gatti Law Firm will be here to stand by the sides of nursing home residents who suffer significant abuse at the hands of someone who was supposed to provide them care.

Trust in our Oregon nursing home abuse attorneys to be your voice during this difficult time. We’ll go the extra mile to protect your rights and help you understand what options you have to pursue justice against a negligent nursing home.